From here, it looks as if the “Cuntzilla Project” is growing tentacles. I cannot see anything in its entirety just yet, but I am imagining a series of interrelated projects in  intentionally feminist art. “Cuntzilla” is one series, and I will continue to work on those paintings.  “This Woman’s Work” is the tentative title for another series about female musicians. Some of you may notice that my working title derives from a Kate Bush song about giving birth; more properly, the song is about a father’s sense of helplessness in the face of childbirth. Kate Bush is a pioneer in so many ways and this song is no exception as she contemplates the ways in which patriarchy is harmful to men as well as women. 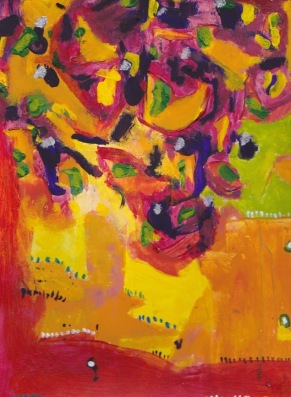 “When I was young I was a wild, wild one” [for Rickie Lee Jones] 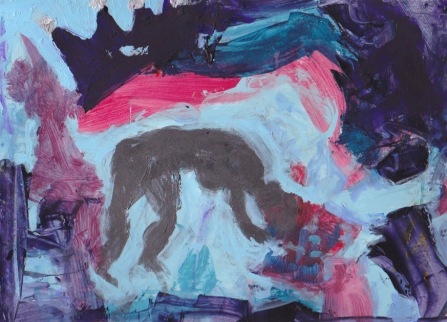 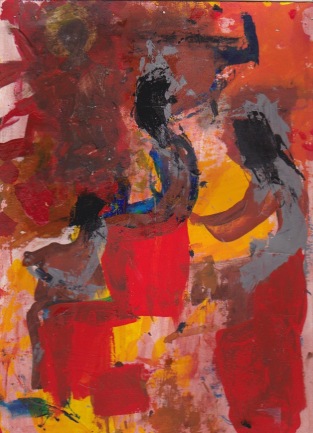 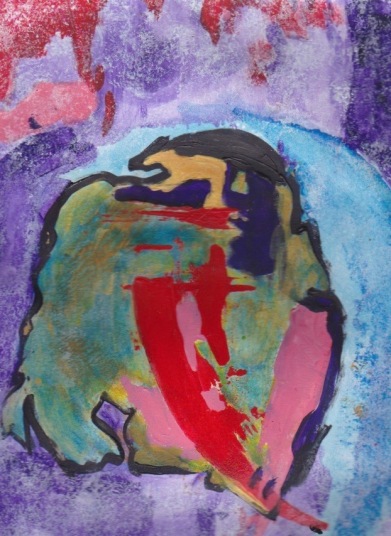 That said, this new series of paintings is about the women’s work itself. In terms of aesthetics, I was inspired by the green paintings I started as a break from “Cuntzilla” (although that aesthetic evolved almost as soon as it began). In terms of content, I became inspired not by Kate Bush, but rather by Neko Case. I am a late-in-life Case fan. I was interested in her and recognized her significance as an artist, but there was something about her work that didn’t quite resonate with me. All of that changed with her 2013 release, The Worse Things Get, the Harder I Fight, the Harder I Fight, the More I Love You, which almost literally knocked the wind out of me. Her most recent album, Hell On, is an extraordinary follow-up. Both albums received either 4/5 or a full 5 stars on many music critic websites. So I decided that it was high time I show some props and go see the woman who so poignantly wrote:

Did they poison my food? Is it cause I’m a girl?
If I puked up some sonnets, would you call me a miracle?
I’m gonna go where my urge leads no more.
Swallowed, waist-deep, in the gore of the forest
A boreal feast, let it finish me, please.
Cause I revenge myself all over myself.
There’s nothing you can do to me.

And I come to find out that Neko Case is on tour. But to my surprise and outrage, she is mostly the opening act for the exceedingly tedious, dull, and derivative Ray LaMontagne. My head nearly exploded. Fuck. That. Shit. And so, this project was born. I intend to create a series of paintings, at least 26 of them for every letter of the alphabet, inspired by music performed and/or written by women.

I have set a few rules for myself. For example, I decided that I would try to select the artists who have had the greatest impact on me. Sometimes, I reckon I will not be able to narrow down a particular letter to a single artist. “M” is proving ridiculously difficult. Other letters are difficult in an entirely different way; “U” and “Z” are still unrepresented in my canon. I am mostly using artists’ last names and am using my intuition to decide whether to use an artist’s performance or given name.

I started with the intention of listening to the artist’s music as I painted, but I don’t really paint that way, and so already that little guideline has gone by the wayside.

I also expect that the paintings themselves and the artists they represent will morph. My current piece started as an homage to Kate Bush, but is now entitled “#KarenCarpentertoo.”

You’ll hear yourself complain
But don’t you ever shut up please
Kid, have your say.